Ansart, a leading CNS/ATM implementation and integration specialist, announces that it has partnered with RBS Global Media Limited to expand its reach across the globe.

Our customers and interested parties are now able to find unique solutions like our ADS-B based Airport Ground Movement Display System (ADS-B AGMDS) only through AirportSuppliers or directly via our website.

Just recently A military airbase in Florida is testing a remote digital tower that allows air traffic control to take place hundreds, or even thousands of miles, away from runways. Testing was done using real-world scenarios and the airbase’s daily operations.

Meanwhile the Scandinavian Mountains Airport, with IATA code SCR is the first airport in the world to be built without an Air Traffic Control tower. The air traffic management is conducted from Sundsvall, 350km away of the airport. The remote tower monitors the airport with 17 wide-angle cameras, giving the ATCOS in Sundsvall real time control. 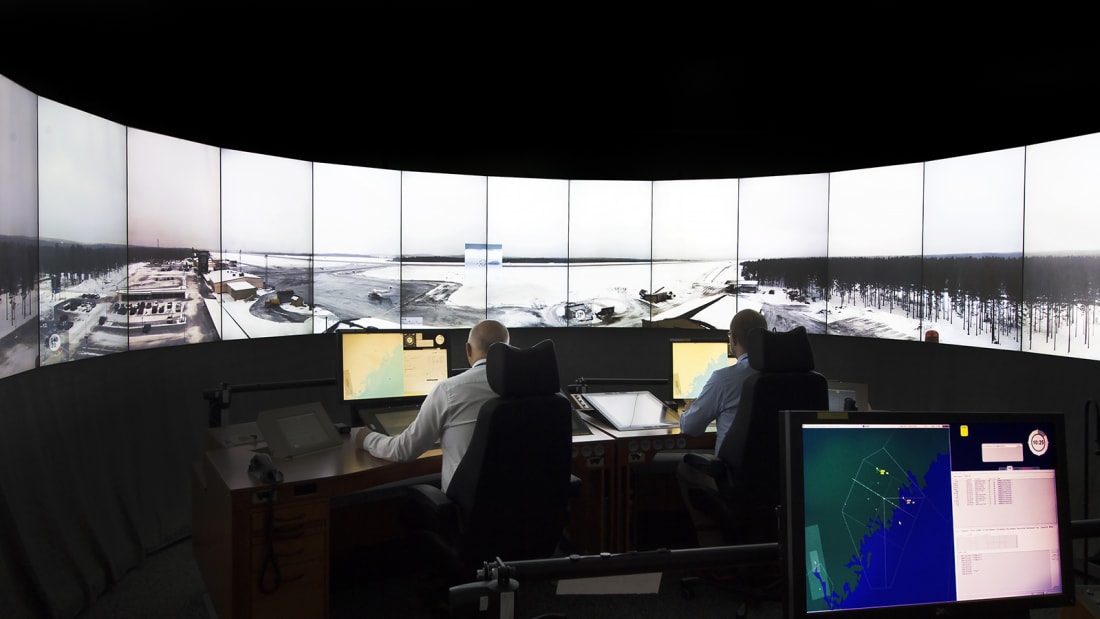 But what are the benefits of a remote digital tower?

Air Traffic in Europe will deteriorate during the first quarter. It is reasonably assumed that a significant improvement will only be visible from April and onwards, according to the latest short-term forecast data from Eurocontrol.

The European air traffic management body says today that any recovery going into 2021’s summer season depends on whether the second quarter of the year, governments will start to relax travel restrictions.

Before that point, the present situation is “a complete disaster for European aviation”, according to Eurocontrol director general Eamonn Brennan, as countries impose stricter border controls amid concerns about new Covid-19 strains.

February and March will be “exceptionally low across the network, except for cargo, some business traffic and skeleton scheduled services”, he says.

Brennan, states that  “Even April is expected to perform very poorly with only a limited pick-up for the Easter period. Flights in Europe will probably only be around 25%-30% of normal.”

Indeed, April is the decision point in Eurocontrol’s forecast; the month where its two scenarios significantly diverge.

A first, more optimistic scenario outlook foresees a partial improvement in traffic during the second quarter, with some relaxation of travel restrictions.

A second, more pessimistic scenario forecasts no improvement during the second quarter, as travel restrictions remain in place, pushing any “reasonable” recovery  in air travel until the third quarter at least.

If the optimistic scenario plays out, air traffic would be 55% down on 2019 flight numbers come June, with the third quarter expected to deliver further improvements.

ANSART has completed the procedure for confirming the compliance of its 1090 MHz Receiver Module (ADS-B receiver module) with the mandatory requirements of the technical regulations of the Eurasian Economic Union. This enables an access for the company’s high-tech product to the market of such countries as Russia, Kazakhstan, Belarus, Kyrgyzstan, Armenia.

Striving to develop and entering new markets is an integral part of the company’s strategy and long-term goals. 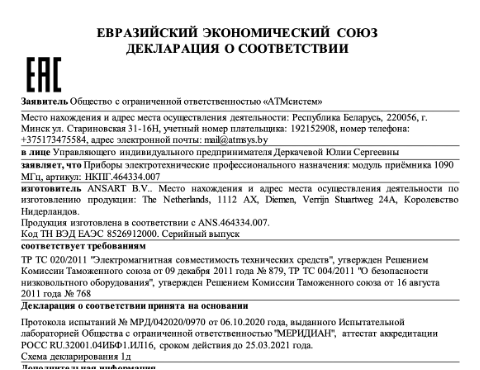 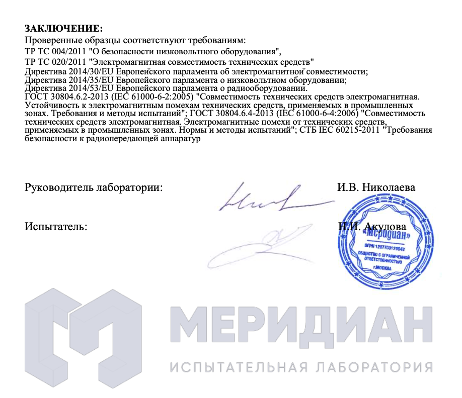 Although since mid-April there had been a steady increase in flights, with a more noticeable increase in summer holiday season, following the resurgence of COVID-19 traffic began to decline again, especially since early September.

The dramatic reduction in traffic has forced many aircraft operators to temporarily or permanently suspend from services a significant portion of their fleet. More than 6,000 aircraft were grounded only in Europe.

Airlines have been fighting against this impact since it appeared. Although industry showed some signs of recovery, it is difficult to say that situation is stable.

The 20 largest airlines in the world are estimated to have a combined loss of about $ 17.45 billion every month as COVID-19 impact.

Each grounded narrow-body aircraft generates about $ 300,000 in losses per month and grounded long-haul aircraft is currently generating loss about $1.04 million per month.

The total losses for airlines are around $600 thousand per grounded narrow-body aircraft and $7.24 million per grounded long-haul aircraft per month.

In a normal market environment flying aircrafts are intended to bring profit and indeed, aircraft suspended from services are becoming a real burden.

To innovate and ensure  the quality and cost-effectiveness of our products, ANSART is constantly working on products improvement. As a result, we are proud to announce the start of production of the new generation ADS-B 1090 MHz receiver as an industrial 3U Eurocard “CompactPCI Serial” module, an industrial standard for modular computer systems. It is based on the established PICMG 2.0 CompactPCI standard which uses the parallel PCI bus for communication among a system’s card components.

ANSART works in close collaboration with our local Dutch partner company Telerex Nederland on the finalization of  ADS-B 1090 MHz ground station specifications and on seting up local production.

Based on CANSO ATM Traffic Analysis Report issued on July 2020:

The original report is available here:

As our customers already know, some time ago ANSART team developed a solution aimed at personnel management process automation and digitalisation.

Our solution came by the name of ANSTAFF with ideal composition of unified ecosystem including:

We continued our research and development of our solution and happy po announce that new version of Pre-shift briefing sub-system was successfully developed and tested in collaboration with or customers.

Pre-shift briefing subsystem now available in both web-based and mobile apps and comes with the following features:

We will continue with development of our HRM solution keeping in mind that ANSTAFF is  “simplicity at its finest with a strong focus on reducing time-consuming tasks”.